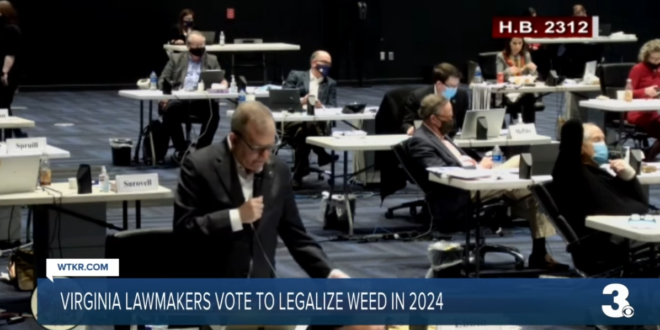 Lawmakers in the Virginia House and Senate voted Saturday to legalize recreational marijuana beginning in 2024, but opted to delay key decisions about how the new marketplace will operate until next year.

The bill, which Gov. Ralph Northam made a priority of his final year in office, is poised to make Virginia the first state in the South to end its prohibition on the drug and only the second in the country to legalize marijuana through legislative action rather than a referendum.

The agreement reached by lawmakers establishes a three-year runway before sales and possession would be legalized — time the bill’s sponsors said was necessary to establish a new independent agency, the Virginia Cannabis Control Authority, and develop regulations.

But Democrats in the majority aren’t very enthusiastic about the bill they passed, with some refusing to vote and hoping Gov. Ralph Northam will send down amendments.https://t.co/vprWq0ZaHe