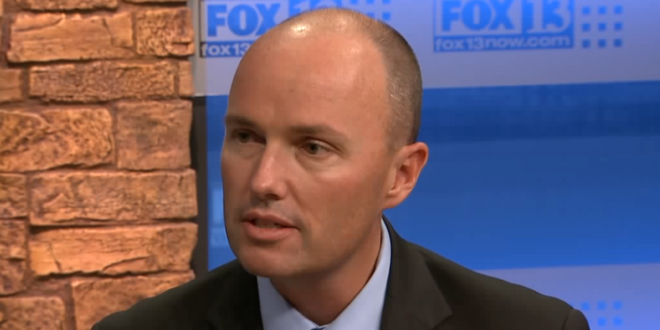 From the far-right Washington Free Beacon:

Residents of Utah will soon be able to carry concealed guns without a permit. Governor Spencer Cox (R.) will sign legislation into law this week to eliminate the permit requirement, his spokeswoman told the Washington Free Beacon on Tuesday.

The act will allow any law-abiding person over the age of 21 to carry a gun under his or her clothes while in the state. Convicted felons, those adjudicated mentally ill, and other people prohibited from owning a gun are excluded from the policy.

Gun-control activists have continually opposed the loosening of gun carry laws by warning that violence would accompany the reforms. Moms Demand Action, a top gun-control group, attempted to block the Utah law.

According to the above-linked article, Utah is the 17th state to adopt “permitless conceal carry.” Previous attempts at the change were blocked by former Gov. Gary Herbert.

Cox last appeared on JMG in 2016 when as Utah Lt. Governor he apologized for his previous anti-LGBT actions. His alleged change of heart came shortly after the Pulse massacre.