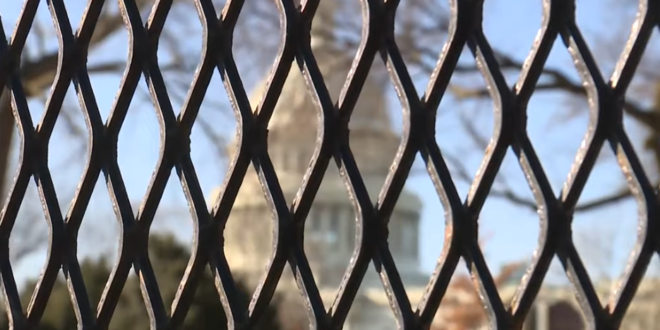 US Capitol Fence Likely To Stay Through September

U.S. Capitol Police officials told congressional leaders the razor-wire topped fencing around the Capitol should remain in place for several more months as law enforcement continues to track threats against lawmakers, a person familiar with the matter told The Associated Press on Thursday.

The police officials suggested that the fence remain in place until September, in part because investigators are tracking continuing threats against lawmakers and the Capitol complex, the person said.

The threats range in specificity and credibility, but they include online chatter about extremist groups potentially returning to Washington and to the Capitol in the coming weeks, the person told AP.