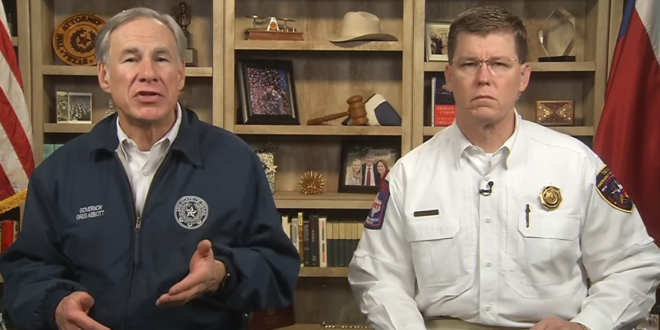 Gov. Greg Abbott on Thursday blasted the nonprofit operator of Texas’ energy grid for its handling of this week’s winter storm and called on the Legislature to consider updates to the state’s power plants to avoid future widespread power outages.

“What happened is absolutely unacceptable and can never be replicated again,” Abbott said at a news conference, describing the failure that left millions without heat in below-freezing temperatures.

He called on state lawmakers to mandate the winterization of generators and power plants, a proposal previously floated but not implemented by state leaders in the aftermath of another devastating winter storm in 2011. He also requested that lawmakers provide power companies with funding to make the necessary changes.

Tonight, I called Governor Greg Abbott to discuss the ongoing situation in Texas and identify ways we can support the state’s recovery from this storm. I made clear to the Governor that I’ll work relentlessly to get his state what they need. pic.twitter.com/UBwH8DMep2