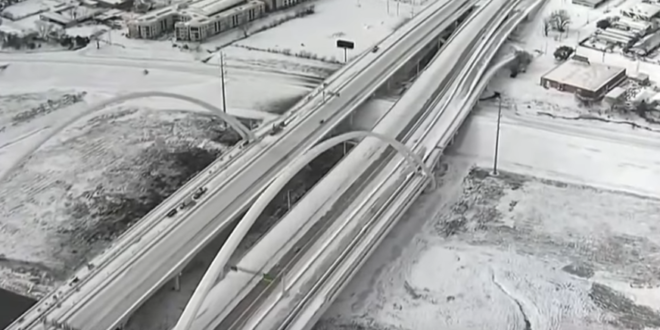 Texas’ power grid experienced a systemwide failure Monday morning as demand surged due to the historic winter conditions across the state. Grid managers declared an emergency after the record-breaking energy use strained utilities beyond capacity.

An estimated 75% of Texas power generation capacity is impacted. The failures could last into at least Tuesday as crews work to bring plants back online.

The state’s electric grid operator lost control of the power supply Monday morning as 2 million Texas households didn’t have heat or other electric appliances working at home as a massive winter storm delivered freezing temperatures across the state.

When the state’s grid operator, the Electric Reliability Council of Texas, began implementing rolling blackouts at 1:25 a.m. Monday, the outages were intended to be implemented on a rolling basis — up to 45 minutes per affected area, according to the ERCOT.

Instead, some Texans in Austin, Houston and other cities were without power into Monday afternoon and all morning since even before ERCOT called for the rolling blackouts.