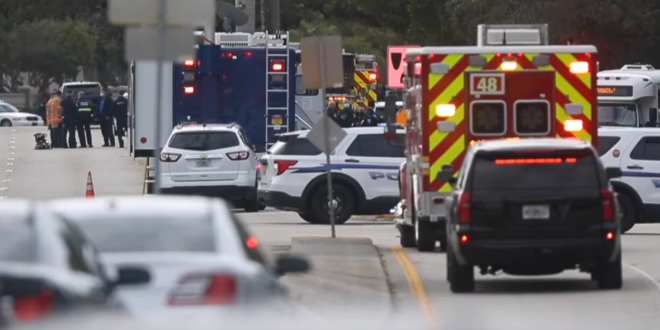 Two FBI agents were fatally shot Tuesday morning while serving a warrant in Sunrise, law enforcement sources told Local 10 News. According to those sources, three agents were hospitalized and the suspect took their own life.

A law enforcement official, who spoke to The Associated Press on the condition of anonymity as they were not permitted to publicly speak about the ongoing investigation, said the warrant was in reference to a child exploitation case.

NBC News: 2 FBI agents were killed in Sunrise, FL this morning and 3 more agents were wounded while the FBI was executing an arrest warrant in a violent crimes against children case, an FBI spokesperson says in a statement.

The suspect is also dead, the FBI says. https://t.co/q89RXLWm9P