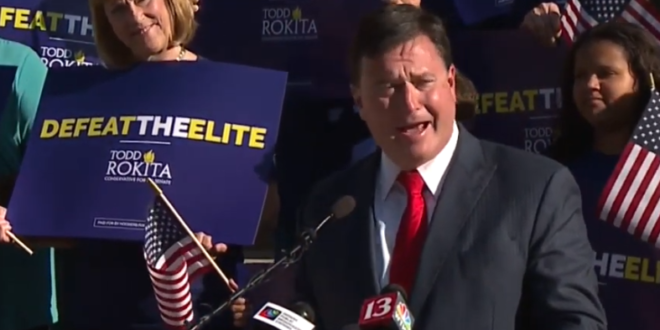 Twitter has added a warning label to a Valentine’s Day-themed meme about the 2020 election posted by Indiana Attorney General Todd Rokita (R) and blocked users from interacting with the tweet. The tweet included an image of Trump and the message: “You stole my heart like a 2020 election. Happy Valentine’s Day.”

Liking, commenting and retweeting the image has been blocked by Twitter. The platform also added a label to the tweet that reads: “This claim of election fraud is disputed, and this Tweet can’t be replied to, retweeted, or liked due to a risk of violence.”

While yesterday’s post was tongue in cheek, its subsequent censorship by Twitter illustrates a very real & harmful new reality-Big Tech’s frequent censorship of speech. As Indiana’s Attorney General, I’ll continue to fight for Hoosiers’ liberty & the integrity of our elections.