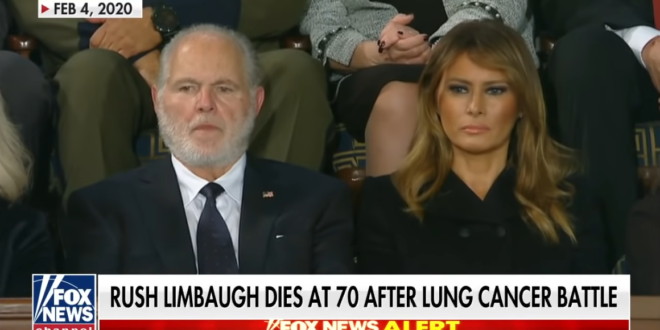 Rush thought we won — and so do I, by the way, I think we won by — substantially. And Rush thought we won, and he thought it was over at 10:00, 10:30, it was over, and a lot of other people feel that way, too. But Rush felt that way strongly. Many people do. Many professionals do.

But Rush felt we won. And he was quite angry about it, quite angry. I think it’s disgraceful what happened.

We were like a third world country on election night, with the closing down of the centers and all of the things that happened late in the evening. And he was furious at it, and many people are furious. You don’t know how angry this country is.