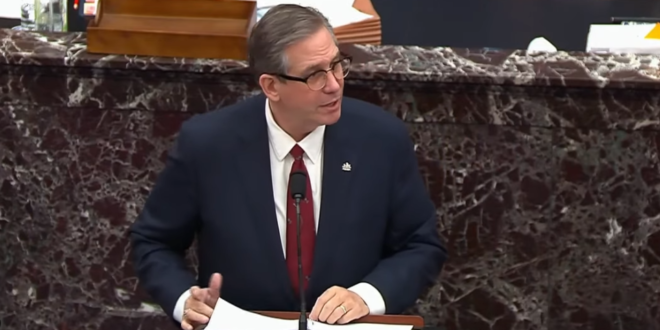 Donald Trump’s impeachment lawyer Bruce Castor pointed out that no Senators are “anxious to have a primary challenge” while defending the former president’s case — saying the quiet part out loud.

Castor was arguing that Trump was telling Jan. 6 rally goers that their representatives and senators have a duty to fight for them, adding that the former president encouraged voters to replace politicians who did not prioritize their constituents.

Many have accused Republican Senators of continuing to support Trump despite the insurrection due to the fear that they will lose votes if they agree to convict him.

I mean, let’s be honest… isn’t this REALLY the entire case by the defense? A targeted message to 50 jurors. https://t.co/KUrJDMIG8Z