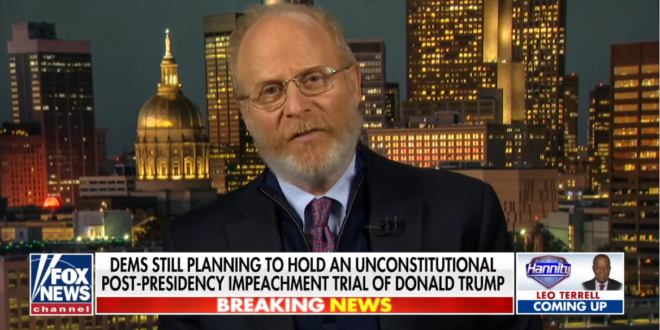 “Does this country really need to see video tapes? We know now apparently that Mr. Swalwell and the other managers intend to show video tapes of the riots and people calling in, people being hurt, police officers talking.

“Why does the country need that now? We would stipulate that there was a riot that went on that day. It was a tragedy.

“President Trump has condemned violence at all times. Read the words of his speech. It calls for peacefulness. This has nothing to do with President Trump and the country doesn’t need to just watch videos of riots and unrest.