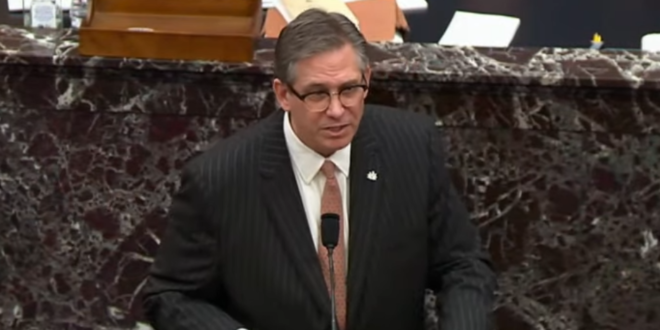 Trump defense lawyer Bruce Castor made an extensive argument that the 2020 election was indeed legitimate. Castor’s case — part of a meandering opening argument that baffled viewers — was that Democrats’ motives for impeachment are singular: “The majority in the House of Representatives does not want to face Donald Trump as a political rival in the future.”

The trouble with that argument from Democrats, Castor continued, is that “The American people just spoke. They just changed administrations. So in the light most favorable to my colleagues on the other side of the aisle here, their system works,” he said. After listing a series of one-term presidents before Trump, Castor reiterated: “It happens. The people get tired of an administration they don’t want, and they know how to change it. And they just did.”

Maybe call a relative of Officer Sicknick to ask how persuasive “the system worked!” argument is ?