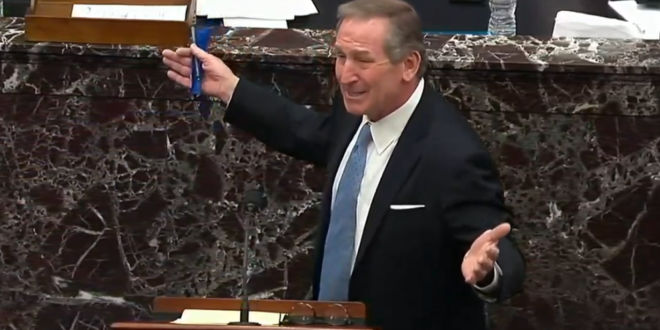 An expected verdict in Donald J. Trump’s impeachment trial was thrown into doubt on Saturday after the Senate voted to allow witnesses to be called, a result of a surprise push by Democrats to summon a Republican congresswoman who has said she was told that the former president sided with the mob as rioters were attacking the Capitol.

The last-minute move to throw open the trial record came on a day when the Senate had been expected to hand Mr. Trump his second impeachment acquittal, on the charge of “incitement of insurrection,” for his alleged role in stoking the mob that attacked the Capitol on Jan. 6 while Congress was meeting to formalize his election loss.

It threatened to prolong the trial for days or longer, even as the top Senate Republican, Mitch McConnell of Kentucky, privately told his colleagues he was ready to acquit Mr. Trump, confirming that an eventual conviction was exceedingly unlikely.

“That’s the way it works, folks … I don’t know why you’re laughing … there’s nothing laughable here” — the Senate chamber breaks out in laughter after van der Veen threatens to depose Nancy Pelosi and Kamala Harris not by Zoom, but in his office in Philadelphia pic.twitter.com/T0xiozHckE

What legislative agenda would extending the trial for a week delay? Both the House and Senate are scheduled to be on recess next week.

Sources close to president Trump are floored by what just happened. Stunned/Stupefied/Total panic over who steps up to help the team because the lawyers left were only sticking together because they thought it was over today. Now – complete panic- per @Santucci @KFaulders