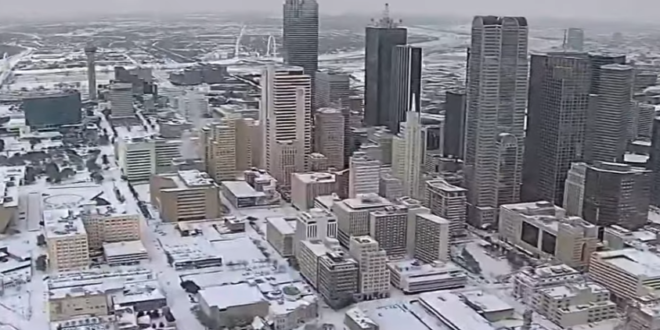 Blame the polar vortex, a weather pattern that usually keeps to the arctic, but is increasingly visiting lower latitudes and staying beyond its welcome. Scientists say global warming caused by humans is partly responsible for making its southward escapes longer and more frequent.

More than 100 million people live in areas covered Wednesday by some type of winter weather warning, watch or advisory, as yet another winter storm hits Texas and parts of the Southern Plains, the National Weather Service said.

Utilities from Minnesota to Texas and Mississippi have implemented rolling blackouts to ease the burden on power grids straining to meet extreme demand for heat and electricity as record low temperatures were reported in city after city.