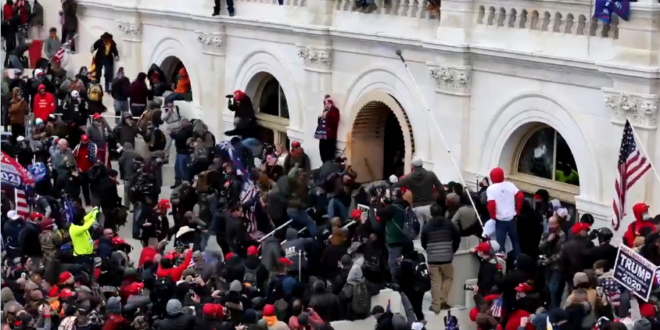 A day before former president Donald Trump goes on trial in Congress, accused of inciting violence at the Capitol on Jan. 6, three more men facing criminal charges have implicated the former president in their actions that day.

To date, the former president has been named by federal prosecutors or defense attorneys in more than two dozen of the cases related to the Capitol assault. Trump is “somewhat of a de facto unindicted co-conspirator in this case,” wrote an attorney for Patrick McCaughey III.

McCaughey, 28, who came to the Capitol with his father, is accused of using a riot shield to pin down a police officer. Defense attorney Lindy Urso wrote that her client had no plan to break into the Capitol and that it is not clear he engaged in violence.