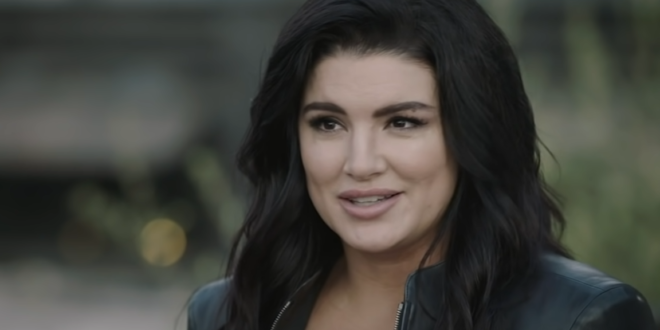 Gina Carano will not be returning to The Mandalorian or the Star Wars galaxy after sharing a post on social media implying that being a Republican today is like being Jewish during the Holocaust.

“Gina Carano is not currently employed by Lucasfilm and there are no plans for her to be in the future,” a Lucasfilm spokesperson said in a statement.  This is not the first time Carano, who played former Rebel Alliance soldier Cara Dune on The Mandalorian, has been the focus of social media ire for her political comments.

Last November, she issued contentious tweets, one in which she mocked mask-wearing amid the novel coronavirus pandemic and another in which she falsely suggested voter fraud occurred during the 2020 presidential election.

Read the full article. Right wingers are responding to the firing by calling for canceling Disney+. That hashtag is trending this morning.

According to sources, Lucasfilm planned to unveil Gina Carano as the star of her own show during December’s investors day. They scrubbed those plans after erratic tweets in November https://t.co/GSZkoHqXal