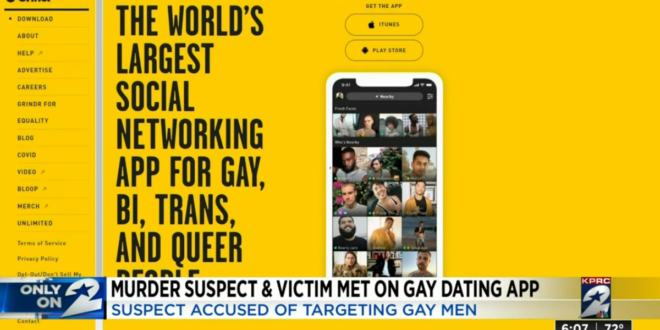 After a gay man in Houston, Texas was found murdered, police investigators have tracked down and charged the alleged perpetrator Benjamin Davis with capital murder. The victim, the police have said, was targeted for robbery through gay hook up app Grindr.

The victim, identified as Victor Najera Betanzos had arranged to meet with Davis at his apartment with the intent of having sex. But once inside his apartment, the victim was first knocked unconscious, before Davis used a scarf to strangle him.

In his statement to detectives, Davis said he then poured bleach over Betanzos body in an attempt to destroy evidence, before driving off in the victim’s vehicle and also stealing an iPhone and iPad.

Davis, 29, has a history of violence. He served two years in prison for choking a family member in 2018. Police said he opened an account on an app called Grindr to find people to rob.

“He learned from other individuals, people we don’t know, that it’s pretty easy to get into people’s homes on this app and rob them,” said Assistant Harris County District Attorney Chandler Raine.

Prosecutors said social media apps are making it easier for criminals to target victims and urged caution. “Really look at people before you allow them to come into your home,” Raine said. Davis is charged with capital murder. He’s being held on a $500,000 bond.