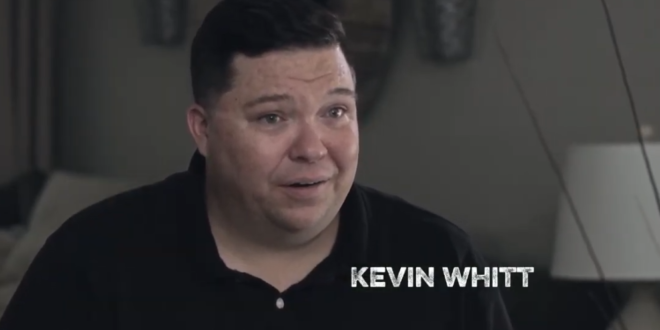 The Republican Party of Texas has fired a staffer after learning about a series of social media posts he made, including one that places him in a crowd of people steps outside the U.S. Capitol last month on the same day that a mob of former President Donald Trump’s supporters stormed the building.

The staffer, field organizer Kevin Whitt, has also published video of himself arguing with an employee of a Washington, D.C., pizzeria over the “Pizzagate” conspiracy theory and has defended the Proud Boys, the far-right nationalist group.

Whitt was hired Nov. 30, 2020, as a field organizer. He is best known as an activist who talks about his experience leaving behind his life as a drag queen to become deeply religious and advocate on social conservative issues.

Whitt, who claims to be an ex-transgender prostitute, posted an Instagram video in which he can be heard speaking as the mob rushed the Capitol doors.

In another video, he’s heard screaming about pedophilia to a worker at Washington DC’s Comet Ping Pong Pizza.

Whitt says he “100% believes Pizzagate is real” but deleted both videos after being contacted by the Texas Tribune.

As you can see in the clip below, Whitt is part of the traveling “ex-gay” March For Freedom.

Previous Tucker Carlson Defends QAnon Rep. Marjorie Greene
Next In Surfaced 2019 Clip, QAnon Rep Urged Protesters To “Flood The Capitol” And Use Violence “If We Have To”