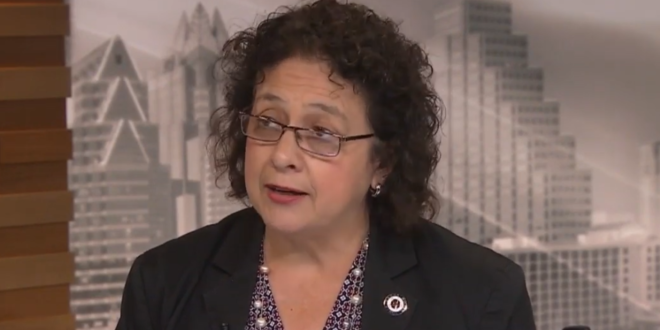 State Rep. Celia Israel [photo], filed House Bill 560, which would penalize state-licensed counselors and therapists who engage in conversion therapy with children. She has filed a similar version of the bill every session since her first in 2015, and the bill was debated in a public hearing for the first time during the last session.

“The Legislature is built not to be a very productive body. But if you can have a robust hearing, and have heartfelt testimony, that really resonates. That in it of itself is a victory,” said Israel, a founding member of the Texas House LGBTQ Caucus.

Even if pro-LGBTQ bills get a hearing and pass the Texas House, they will likely face challenges in Lt. Gov. Dan Patrick’s Senate. Patrick, whose spokesperson did not respond to a request for comment, previously championed the battle in 2017 to pass the “bathroom bill.”