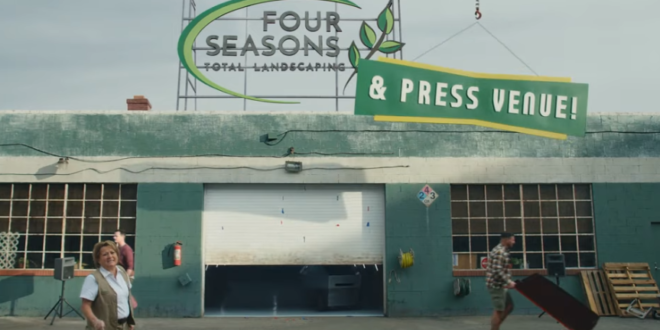 In the ad, which aired during the third quarter, Four Seasons Total Landscaping owner and president Marie Siravo enters the now-famous garage entrance to reveal a lush botanical dreamscape filled with busy workers tending to butterflies and waterfalls, and harvesting lightning.

“Success. It’s often right place, right time,” Siravo says in the ad, a fitting line for a company that became the final punchline of the 2020 presidential campaign thanks to a hastily arranged news conference that began just minutes after Joe Biden had been declared the winner of the election.