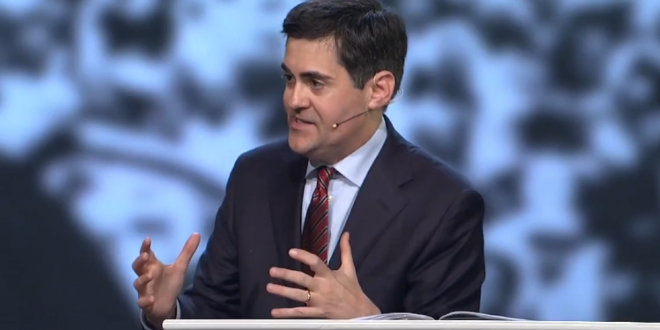 Divisions over race, politics, gender and LGBTQ issues are roiling America’s largest Protestant denomination, the Southern Baptist Convention, ahead of a meeting of its executive committee next week.

On the agenda are two items reflecting those divisions: A recommendation that a church in Kennesaw, Georgia, be ousted from the SBC because it accepted LGBTQ people into its congregation, contravening Southern Baptist doctrine; and a report by an executive committee task force criticizing the widely respected leader of the SBC’s public policy arm, the Rev. Russell Moore.

Among the grievances against Moore: His outspoken criticism of Donald Trump during Trump’s 2016 election campaign and his presidency.

Read the full article. Moore called for Trump to resign after the January 6th riots.