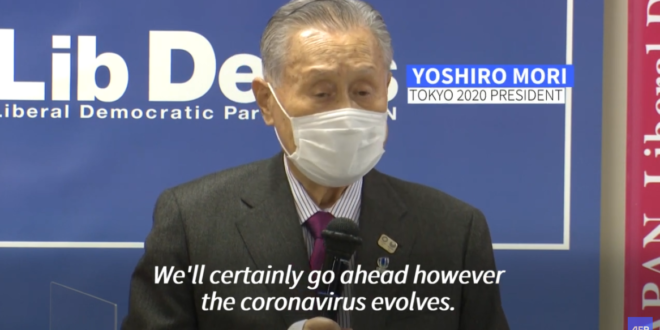 The president of the Tokyo Olympic organizing committee had a simple message Tuesday for fellow members of Japan’s ruling Liberal Democratic Party. The games will happen.

“No matter what situation would be with the coronavirus, we will hold the games,” Yoshiro Mori, who is also a former Japanese prime minister, told lawmakers.

“We should pass on the discussion of whether we will hold the games or not, but instead discuss how we should hold it.” A decision about fans at venues is to be made in the spring, but it seems likely that fans from abroad will be excluded.

Following recent polls that showed 80% of the Japanese public believe the games should be — or will be — cancelled or postponed again, the president of the Tokyo Olympic organizing committee has reiterated his stance that the games will happen.https://t.co/xweltaJyWR