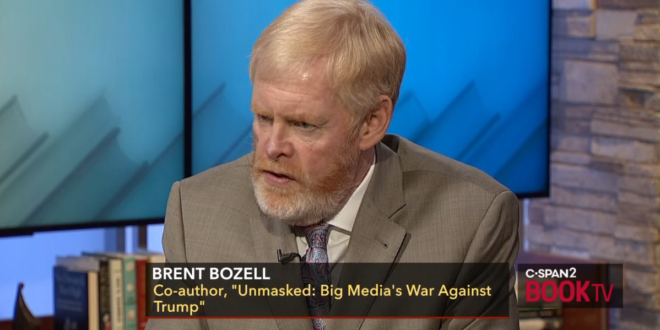 Leo Brent Bozell IV, the son of conservative activist L. Brent Bozell III, was captured on video inside the Senate chamber during the attack on the U.S. Capitol and has been charged with three federal offenses, according to a federal criminal complaint unsealed on Tuesday.

The complaint features several images of the Bozell on the floor of the Senate, where he was wearing a sweatshirt featuring the name of a Christian school where he formerly served as a girls’ basketball coach.

Read the full article. The elder Bozell is the founder of the far-right outlets Newsbusters, Media Research Center, Parents Television Council, and CNS News. He is the nephew of National Review founder and conservative icon William F. Buckley. The elder Bozell is best known on JMG for his 2011 Fox News appearance during which he called President Obama a “skinny ghetto crackhead.” During the 2016 GOP primary season, he was a fierce critic of “huckster” Donald Trump but joined the cult after Trump won the nomination.