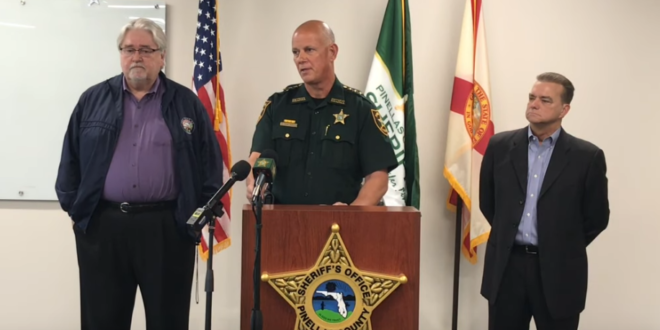 Local and federal authorities are investigating after an attempt Friday to poison the city of Oldsmar’s water supply, Pinellas County Sheriff Bob Gualtieri said. Someone remotely accessed a computer for the city’s water treatment system and briefly increased the amount of sodium hydroxide, also known as lye, by a factor of more than 100.

The chemical is used in small amounts to control the acidity of water but it’s also a corrosive compound commonly found in household cleaning supplies such as liquid drain cleaners. The city’s water supply was not affected. A supervisor working remotely saw the concentration being changed on his computer screen and immediately reverted it, Gualtieri said.

The hackers remotely gained access to a software program, named TeamViewer, on the computer of an employee at the facility to gain control of other systems, sheriff Bob Gualtieri said in an interview with Reuters.

“The guy was sitting there monitoring the computer as he’s supposed to and all of a sudden he sees a window pop up that the computer has been accessed,” Gualtieri said. “The next thing you know someone is dragging the mouse and clicking around and opening programs and manipulating the system.”

This is honestly one of the most upsetting things I’ve seen. An attentive civil servant saved the town from…mass poisoning. https://t.co/aufA0oEtnr