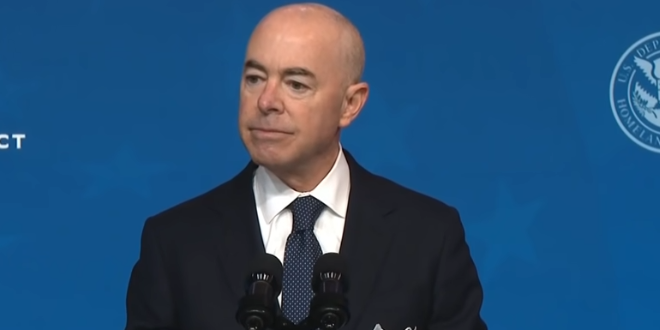 The Senate confirmed Alejandro Mayorkas on Tuesday to lead the nation’s Department of Homeland Security, making him the first Latino to hold the role. The Senate voted 56 to 43.

His ascension to the agency’s top role comes less than four weeks after supporters of outgoing President Donald Trump stormed the U.S. Capitol and as the nation struggles to combat the coronavirus pandemic.

The agency, which was created on the heels of the 9/11 attacks, oversees border security, immigration enforcement, cybersecurity and disaster relief.

Just now: Alejandro Mayorkas has been confirmed to serve as Biden’s secretary of Homeland Security in a 56-43 vote.