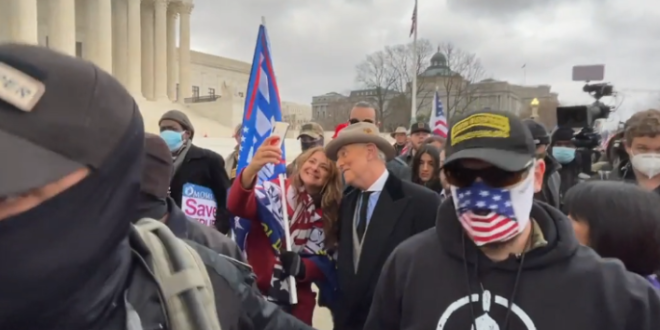 At least six people who had provided security for Roger Stone entered the Capitol building during the Jan. 6 attack, according to a New York Times investigation.

Videos show the group guarding Mr. Stone, a longtime friend of former President Donald J. Trump, on the day of the attack or the day before. All six of them are associated with the Oath Keepers, a far-right anti-government militia that is known to provide security for right-wing personalities and protesters at public events.

On Feb. 10, Mr. Stone posted a statement online saying he “saw no evidence whatsoever of illegal activity by any members” of the Oath Keepers, and that if there were proof, “they should be prosecuted.”

Read the full article, where you’ll find a series of videos slickly freeze-framed at certain moments to single out Stone’s militia members.