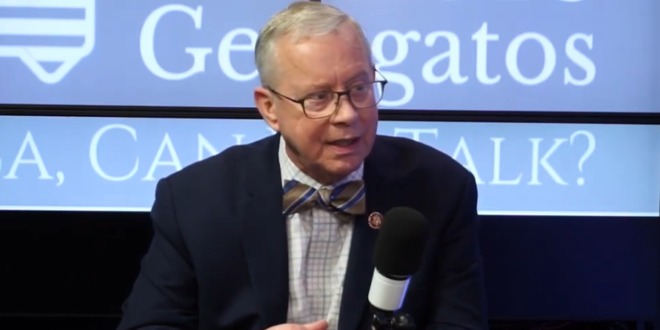 Republican US House Rep Dies Of COVID At Age 67

U.S. Rep Ron Wright of Arlington died Sunday night after a battle with COVID-19. He was 67. His family and spokesperson confirmed Wright’s death Monday morning. The congressman, who was reelected in November, had been battling cancer. Wright is the first member of Congress to die of COVID-19.

According to the statement, Wright had been keeping a vigorous work scheduled before contracting the virus. Two weeks ago Wright and his wife, Susan, were admitted to Baylor hospital in Dallas because of COVID-19 side effects.

Wright announced on Jan. 21 that he had tested positive “after coming in contact with an individual with the virus last week.” He had been in quarantine since Jan. 15 and said he would remain in quarantine until doctors cleared him to return to work.

Wright was among the 126 GOP House members who signed an amicus brief backing an attempt to overturn Biden’s win.

BREAKING: Rep. Ron Wright of Texas, who had been battling cancer, has died at age 67 after contracting coronavirus, his office says. https://t.co/xE2aCUtcVv