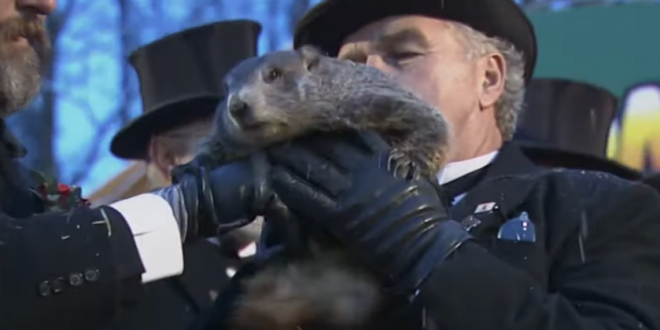 The coronavirus has forced us to change the way we celebrate holidays and special occasions. And Tuesday, there will be one more tradition added to that list Groundhog Day.

However, there will not be any in person attendance or guests at Gobbler’s Knob on February 2nd. The Punxsutawney Groundhog Club says they’ll host virtual events and interactions in place of in-person events.

At least Chuck will be safe from the mayor. The annual Groundhog Day ceremony on Staten Island will be a virtual one Tuesday — amid social distancing mandates and a monster snowstorm that has closed the borough’s zoo for two days.

The Staten Island Zoo usually invites a crowd to see if Staten Island Chuck sees his shadow, as the sitting mayor is on hand to coax him out of hibernation.

The burrowing star of the borough has had a contentious relationship with leaders in the past. In 2014, Chuck — later revealed to be a stand-in groundhog named Charlotte — died after being dropped by Mayor de Blasio.