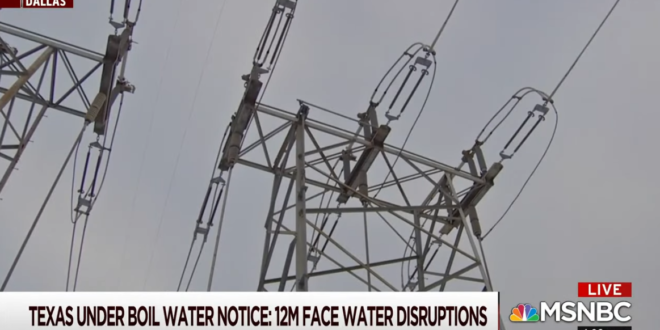 Power outages in Texas dropped below 1 million on Thursday morning for the first time in four days, but many people remained without electricity or safe drinking water after winter storms wreaked havoc on the state’s power grid and utilities. But Texas’ grid manager, under fire for its response to the winter storm, has warned that the outages could fluctuate during hours of peak energy demand.

Adding to the misery, the snowy weather has jeopardized drinking water systems throughout the state. Texas officials ordered 7 million people — a quarter of the population of the nation’s second-largest state — to boil tap water before drinking it following days of record low temperatures that damaged infrastructure and froze pipes. In Austin, some hospitals faced a loss in water pressure and in some cases, heat.

In Texas, more than 500,000 homes and businesses were still without electricity Thursday morning, down from about 3 million the day before. https://t.co/9bypsOTMPO

Hundreds of thousands of people in Texas are waking up to a fourth day without power. https://t.co/TVf3nOH1im