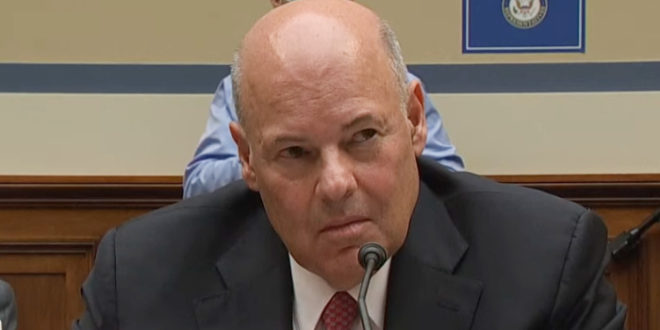 Embattled Postmaster General Louis DeJoy has told those close to him he wants to stay in his role under the new president, two sources tell CNN, despite his troubled tenure at the helm of the US Postal Service and his background as a supporter and donor to former President Donald Trump.

President Joe Biden faces mounting pressure from fellow Democrats to remove DeJoy, however, amid months of complaints over mail delivery delays — including prescription drugs. DeJoy is still actively pushing ahead, and even plans to release a new 10-year plan for the agency in the next few days.

Read the full article. Last week the postal workers union called for DeJoy’s removal. Biden can’t fire him but he can appoint a USPS board of governors that will.

This so-called logistics experts couldn’t answer basic questions like: “why are you sending out mail trucks with no mail?”

Trump’s Postmaster General #Dejoy wants to stay on the job, but his days may be numbered – CNNPolitics https://t.co/c1GdYP2fTO