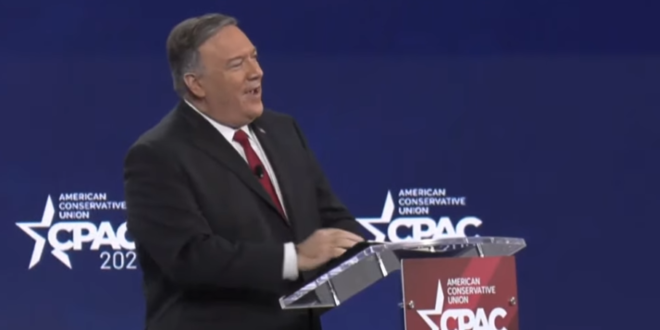 Former Secretary of State Mike Pompeo spoke about how the previous administration’s “America First” policy benefited the world at the Conservative Political Action Conference in Orlando, Florida, on Saturday. Pompeo also criticized the Paris Climate Accord, calling it was a “job-destroying joke.”

“We all want clear safe drinking water, but the Paris Agreement was a fantasy for elite diplomats who just wanted to virtue signal. “When President Biden re-entered this deal I can tell you that Xi Jinping was smiling every single minute. The American workers lost.”