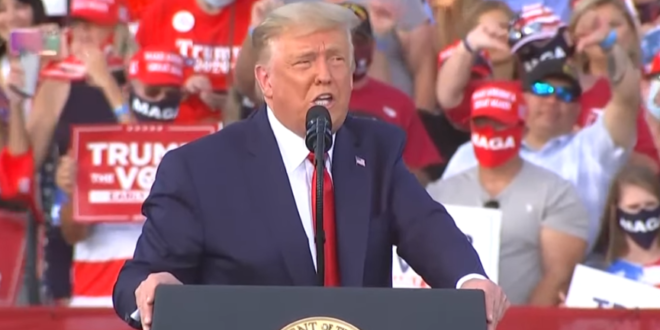 If there’s a civil war in the Republican Party, the voters who backed Donald Trump in November’s election are ready to choose sides. Behind Trump.

An exclusive Suffolk University/USA TODAY Poll finds Trump’s support largely unshaken after his second impeachment trial in the Senate, this time on a charge of inciting an insurrection in the deadly assault on the Capitol Jan. 6.

By double digits, 46%-27%, those surveyed say they would abandon the GOP and join the Trump party if the former president decided to create one. The rest are undecided.

‘Asked to describe what happened during the assault on the Capitol, 58% of Trump voters call it “mostly an antifa-inspired attack that only involved a few Trump supporters.”‘

Not sure how democracy, or truth or facts, survive in such an era. Seriously.https://t.co/nkEA2pDhrh

Ugh. With respect to his own voters (who did, after all, constitute 47% of the electorate): January 6th changed nothing. It was Trump’s party. It is Trump’s party. And while things could change, there’s no evidence right now it won’t remain Trump’s party. https://t.co/UHDUQAWfzG