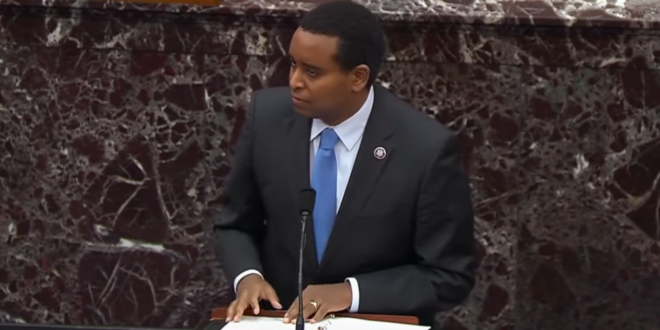 The Democratic House members who prosecuted the case against former President Donald Trump last week say they’ve been laser-focused on his trial. But as their speeches were being piped into Americans’ homes 24-7, they also elevated their national profiles — in some cases, generating considerable buzz about their prospects for higher office.

Rep. Madeleine Dean is being talked about as a potential candidate for the open Senate seat in Pennsylvania in 2022, a top priority for the party. Democratic strategists are speculating that Rep. Joaquin Castro, relatively well-known before the impeachment trial, further distinguished himself as an impeachment manager, advancing talk of a statewide bid in Texas.

And an ex-Jeb Bush aide went so far as to say that Colorado Rep. Joe Neguse gave his “2004 convention speech” — a nod to former President Barack Obama’s breakout moment in politics. One Democrat who isn’t able to run for the Senate, Virgin Islands Del. Stacey Plaskett, has some Democrats wishing that she could after her steady performance.

Democrats are buzzing about the breakout voices of Trump’s impeachment: The House Democrats who prosecuted the case against Trump are already being eyed for higher office — including Joe Neguse, Madeleine Dean, and Joaquin Castro. https://t.co/P08aI75QpU