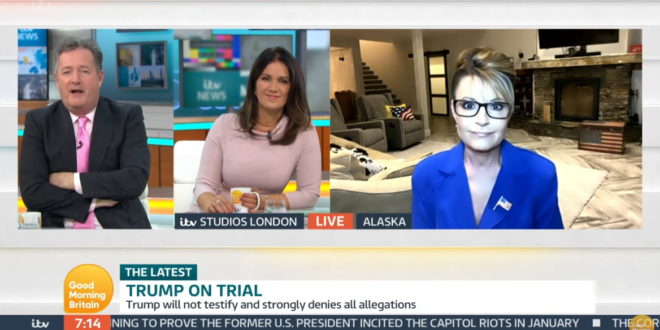 Former Vice Presidential nominee Sarah Palin is still trying to push claims that there were “shenanigans” in the 2020 election, while not acknowledging it was contested fairly. And Piers Morgan isn’t having it.

Previous Claudia Conway To Audition On American Idol [VIDEO]
Next “QAnon Shaman” Apologizes: I’m Deeply Disappointed In Trump, He Was “Not Honorable,” Let People Down