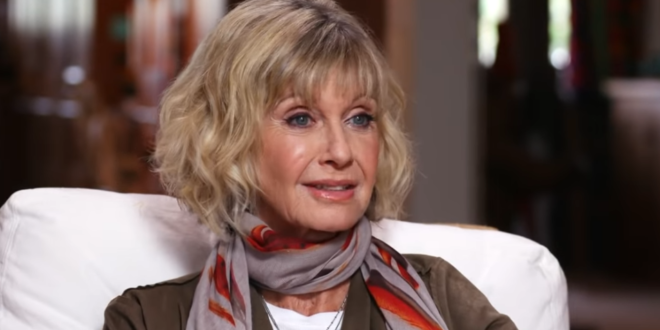 Olivia Newton-John said she has no plans yet to get the COVID-19 vaccine, despite being eligible in her home state of California, where they’re being offered to older adults. When asked if she’d get the shot, the 72-year-old actress said, “Not at this point, no,” Australia’s Herald Sun newspaper reported.

Newton-John didn’t elaborate on her decision, but her daughter, Chloe Lattanzi, explained in the interview her own take on vaccine.

“I’m not an anti-vaxxer. I’m anti putting mercury and pesticides in my body, which are in a lot of vaccines,” said 35-year-old Lattanzi, who has no medical qualifications and provided no evidence to back up her controversial reasoning.

Lattanzi, 35, owns a cannabis farm with her hubby, James Driskill. Lattanzi said medicine should come “from the earth” and that she didn’t want to put mercury and other toxic chemicals in her body.

An easily eliminated form of mercury known as ethylmercury is contained in the preservative thimerosal, which is added to some multi-dose vaccine vials to prevent the growth of bacteria, according to the CDC.

However, neither the Pfizer nor the Moderna coronavirus vaccines contain thimerosal, the MIT Technology Review reported.

Olivia Newton-John has opened up about the COVID-19 vaccine as her daughter Chloe Lattanzi addressed anti-vax rumours surrounding her https://t.co/EmN3pq3EVt

Olivia Newton-John says she won’t be getting coronavirus vaccine in bizarre interview with daughter https://t.co/SBsye6yedL