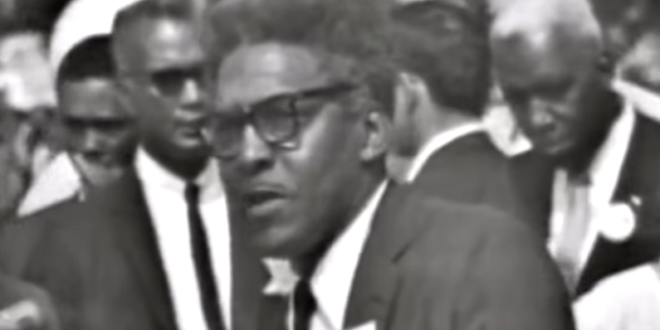 Obamas To Produce Biopic On Bayard Rustin, The Gay Civil Rights Activist Behind The March On Washington

The film tells the story of gay, civil rights activist Bayard Rustin, who organized the 1963 March on Washington. President Obama posthumously awarded Rustin, an advisor to Martin Luther King, Jr. and participant in the first “Freedom Rides,” with the Presidential Medal of Freedom in 2013.

Dustin Lance Black, who won the Academy Award for best original screenplay for 2008’s “Milk,” will write the film and serve as a producer.

With @BarackObama and @MichelleObama‘s Higher Ground Productions producing the @DLanceBlack-written film for @netflix, we know this is gonna be good. https://t.co/JEXkwi52SX

Share
Previous Dennis Prager: There Was No Insurrection, It’s A Farce
Next Trump Was Sicker With COVID Than Was Reported