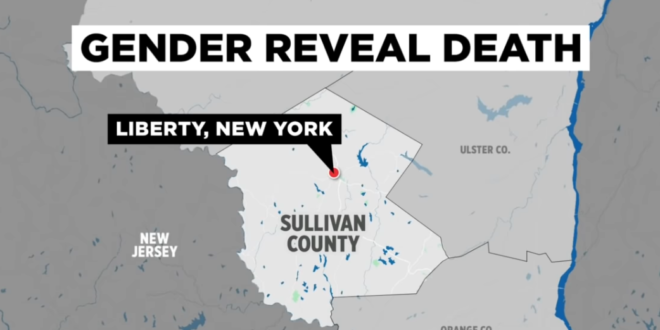 A dad-to-be in upstate New York was killed when a device he was building for a gender reveal party exploded, state police said Monday. Christopher Pekny, 28, was working on the device for his child’s gender reveal party in the Catskills town of Liberty when it blew up just before noon on Sunday, cops said. The blast killed Pekny and injured his brother, 27-year-old Michael Pekny, who was treated for his injuries at the Garnet Medical Center in Middletown, according to police.

An expecting father was killed while building an explosion device for a gender reveal party in New York.

Two weeks ago, another man in Michigan was killed by a gender reveal canon. In 2020, a gender reveal explosion caused a wildfire and burned thousands of acres in California. pic.twitter.com/t4zBWEzljM

When will science come up with a non-fatal way of informing friends and family your baby will have a penis https://t.co/lnWQic3gbb