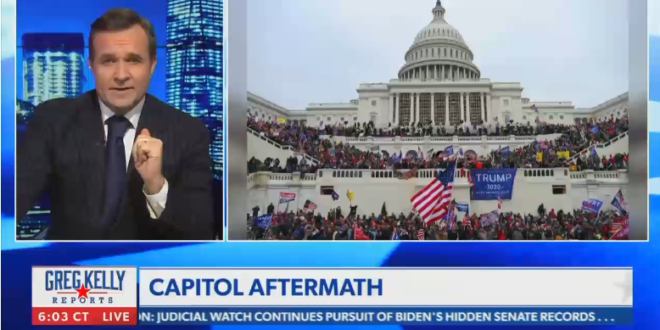 Newsmax Host: Only One Person Died In Capitol Riot

“They’ve been lying about so much — including, by the way, that five people died on January 6th, 2021. It’s not true. Only one person died on that day. You know who it was? The unarmed woman, Ashli Babbitt. Unarmed woman shot and killed by Capitol Police. We’ve heard very, very little about that case. And you know what? That bothers me.” – Newsmax host Greg Kelly, last night. Five people, including a Capitol Police officer, died during the riot.

Previous WHO Dismisses “Chinese Lab” As Origin Of COVID
Next Jason Miller: If Georgia Officials Didn’t Want To Get Calls From Trump, They Shouldn’t Have Run For Office