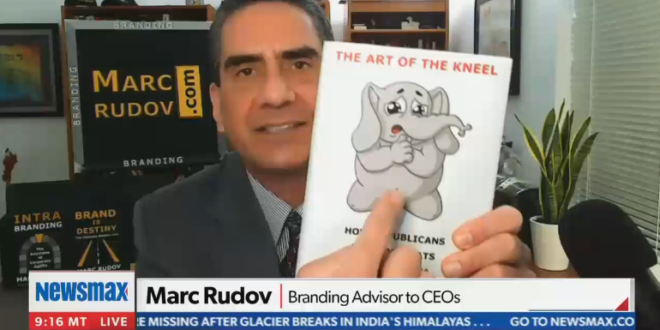 MARC RUDOV: And let’s not forget big tech. Big tech is canceling us. If we go back 88 years, to Nazi Germany, the Third Reich was able to identify, and locate, and classify all of its citizens so it could purge the Jews.

What big tech did it use? IBM. IBM with the IBM punch card, the Hollerith card that allowed it, in record time, to execute all of these people.

Now big tech is doing that now with us, except they’re not literally killing us – but they’re putting us in virtual concentration camps.  And if enough people lose their jobs, they’re going to commit suicide. So we have this panoramic Marxism.