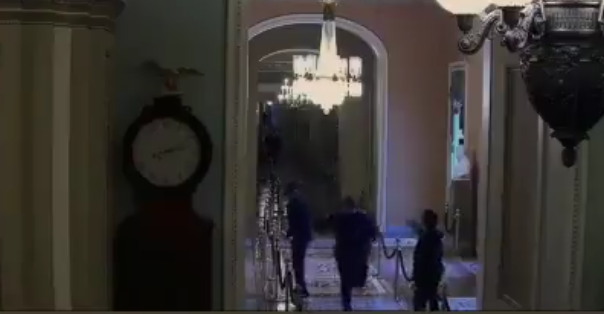 Before he faced down a mob of pro-Trump rioters on Jan. 6, U.S. Capitol Police officer Eugene Goodman encountered Sen. Mitt Romney (R-Utah) and directed him to turn around to avoid the rioters.

Security footage, shown for the first time at the Senate trial Wednesday, shows Romney stopping and quickly running in the opposite direction after he interacts with Goodman.

“There is more to his heroic story,” Del. Stacey E. Plaskett (D-Virgin Islands) said of Goodman and his actions to protect lawmakers. On the floor below, she said, was the “mob searching for the Senate chamber.”