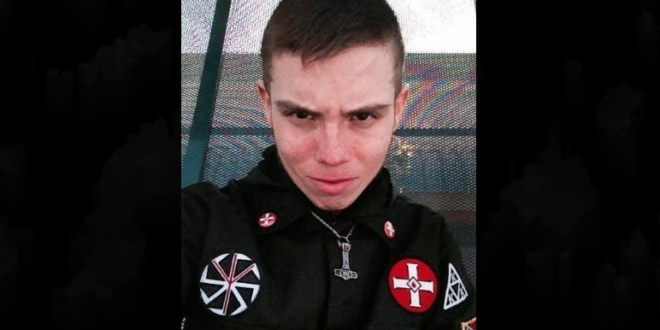 Neo-Nazi Gets 19 Years In Plot To Bomb CO Synagogue

A Colorado man was sentenced today in federal court in Colorado for plotting to blow up a synagogue.

Richard Holzer, 28, was sentenced to over 19 years in prison, followed by 15 years of supervised release. Holzer previously pleaded guilty to federal hate crime and explosives charges for plotting to blow up the Temple Emanuel Synagogue in Pueblo, Colorado, conduct that constituted acts of domestic terrorism.

Holzer told undercover FBI agents that he wanted the bombing to send a message to Jewish people that they must leave his town, “otherwise people will die.”

Holzer pleaded guilty to intentionally attempting to obstruct persons in the enjoyment of their free exercise of religious beliefs, through force and the attempted use of explosives and fire, in violation of Title 18, U.S. Code, Section 247, and to attempting to maliciously damage and destroy, by means of fire and explosives, a building used in interstate commerce.

“Today there is no higher priority. This sentencing serves as a reminder that these crimes will not be tolerated, and we will hold the individuals who engage in them fully accountable.”

NEW: Richard Holzer, a Colorado white supremacist, was sentenced to 235 months — nearly 20 years– in federal prison after pleading guilty in October to scheming to blow up a Pueblo synagogue in 2019. https://t.co/E2IU3NbOwr