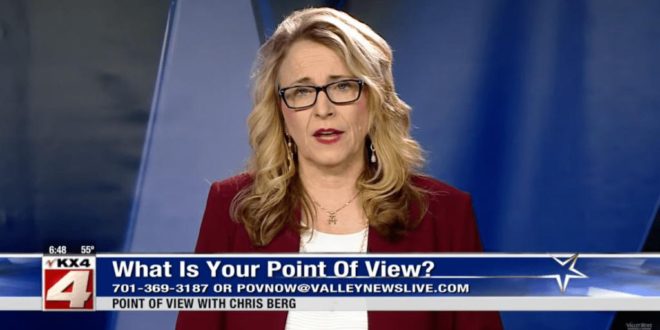 Schools would be permitted to post the Ten Commandments under a bill that sailed through the North Dakota Senate on Wednesday but also encountered questions of constitutionality. Senate Bill 2308 was approved 34-13. Sen. Janne Myrdal, R-Edinburg, brought the bill, which would allow schools to post the Ten Commandments, permit students to recite the Pledge of Allegiance and provide immunity from legal liability to school officials for either action.

“I’m here today bringing this forward because I’m sick and tired of us putting Band-Aids on all the things that we see in society that is so scary,” Myrdal [photo] told the Senate, calling the bill “a local control” issue. She also said “no religion is offended by the Ten Commandments,” and she encouraged fellow senators “not to be offended.” “What offends you more: Thou shalt not kill, or murder?” Myrdal said.

It’s a guarantee that lawsuits would be filed over this. And yet this is what Republicans in North Dakota are doing because they don’t actually give a damn about the students.

Instead of making sure they can safely return to school, or giving them the tools they need to succeed, these legislators just want to use their power to shove their faith in everyone’s faces for no useful reason.

The same conservatives who worship the Founding Fathers have no regard for church/state separation. And they foolishly think a simplistic and silly list of religious rules are what teachers throughout the state are clamoring for because that’s how out of touch these lawmakers are.