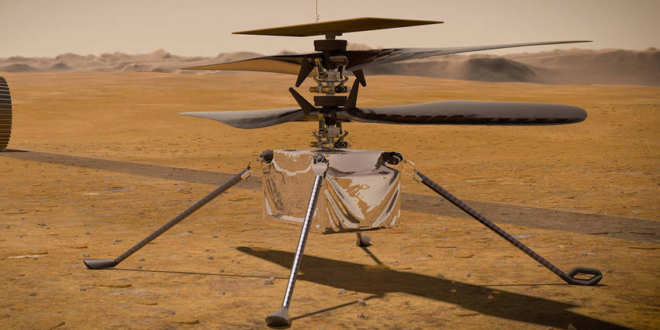 The Ingenuity helicopter, sidekick and traveling companion of NASA’s Perseverance rover, has checked in with a good report and is “operating as expected,” according to the agency.

If successful, Ingenuity will be the first helicopter to fly on another planet, leading to an “extraterrestrial Wright Brothers moment,” said Thomas Zurbuchen, associate administrator of NASA’s Science Mission Directorate.

The rover landed safely on the surface of Mars Thursday after launching from Earth on July 30. Perseverance has already sent back an impressive set of images to show that she’s safe and ready to go through a “checkout” phase before starting her journey across the surface.

In the most dramatic image, a camera aboard the Perseverance landing system captured a close-up of the one-ton six-wheeled mobile robot suspended just a few yards above the surface of the red planet, where it successfully touched down Thursday, after a 292-million-mile journey from Earth.

Hanging from the cables used to lower it from the lander to the ground, the rover resembled a high-tech marionette dangling on strings. “You can see the dust kicked up by the rovers’ engines,” said Adam Steltzner, Perseverance chief engineer at NASA’s Jet Propulsion Laboratory in Pasadena, Calif.

Behind every successful mission is a great team. Thank you for your kind words, Mr. President. My team and I couldn’t agree more: when you work together, there’s nothing you can’t do. https://t.co/xxKTRkBkQG

An open horizon, with so much to explore. Can’t wait to get going. #CountdownToMars pic.twitter.com/hAaxeVGs04

I love rocks. Look at these right next to my wheel. Are they volcanic or sedimentary? What story do they tell? Can’t wait to find out.#CountdownToMarshttps://t.co/7w3rbvbyoL pic.twitter.com/H3q1M0YJAd

On that same day it was cold in Texas. Millions of people lost electricity.