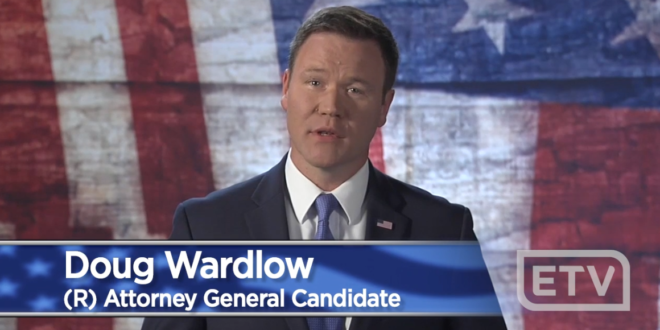 Republican Doug Wardlow is officially launching his second bid for Minnesota attorney general, Axios has learned. Attorney General Keith Ellison, a Democrat, edged out Wardlow by four percentage points in 2018 — the closest margin of any statewide race on the ballot that year.

Wardlow focused on heavily on law and order in an announcement video released Wednesday. “I will stand with and defend our law enforcement, not defund them,” Wardlow says. Wardlow is an attorney for MyPillow, the Chaska company owned by Trump supporter Mike Lindell.

Read the full article. What’s up with this video? Wardlow last appeared on JMG in 2018 when he vowed to fire “every Dem lawyer” working for the state, if elected.