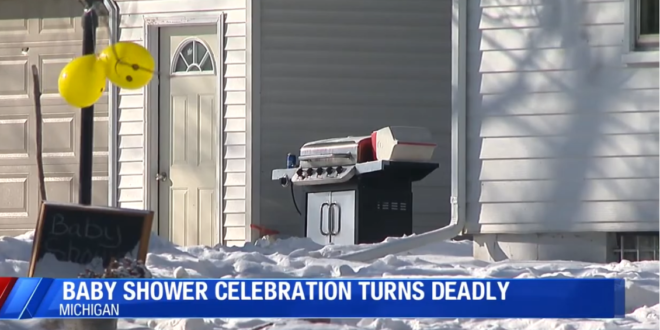 During the baby shower, a small cannon-type device was fired in the back yard to celebrate the baby’s pending arrival, according to a statement from Michigan State Police. When the cannon was fired by the home owner, the cannon itself blew up causing metal shrapnel to strike three parked cars and the garage where the baby shower was being held. A 26-year-old Hartland man standing nearby was also struck by the shrapnel. He was taken to Hurley Medical Center in Flint but later died of his injuries, police said.

In a news release, the police said the device “was similar to a signal cannon, more commonly used now as a novelty item.” The homeowner bought the cannon at an auction and fired it “several times” beforehand, the police said in a statement. Those explosive devices, which have been linked to at least two deaths since 2019 and a pair of major wild fires, have grown in popularity with people seeking to announce news about their pregnancies on image-driven social media sites like Facebook and Instagram.