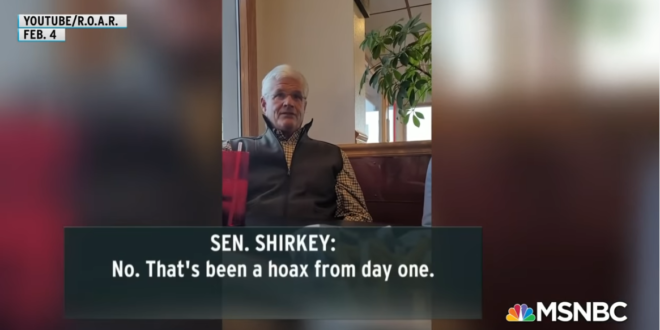 Michigan state Senate Majority Leader Mike Shirkey (R) on Tuesday issued an apology after he was captured on video suggesting the Jan. 6 riot at the U.S. Capitol was a hoax. In a statement, Shirkey apologized for comments made last week in a meeting with the Hillsdale County Republican Party.

“I said some things in a videoed conversation that are not fitting for the role I am privileged to serve. I own that,” Shirkey said in the statement. “I have many flaws. Being passionate coupled with an occasional lapse in restraint of tongue are at least two of them. I regret the words I chose, and I apologize for my insensitive comments.”