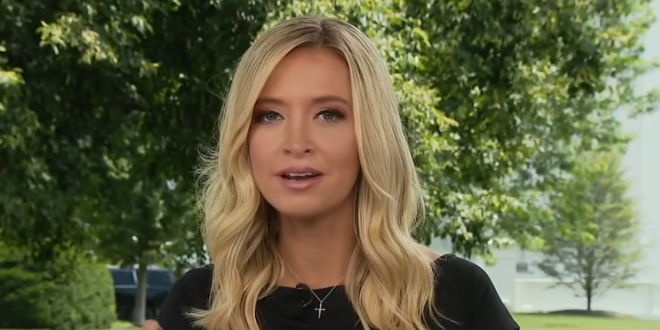 McEnany Tweets Implication That Biden Is A Pedophile

Former White House press secretary Kayleigh McEnany has come under fire for a tweet seen as a nod to the QAnon movement. A former GOP congressman and an ex-aide to Pence who has become a vocal critic of former President Trump were among the voices arguing that McEnany was giving air to a dangerous conspiracy theory with her tweet.

McEnany in the tweet singled out a comment from President Biden about children. “Signing off with a final notable quote from Joe Biden during his town hall this evening,” McEnany tweeted late Tuesday night following Biden’s town hall on CNN. “‘Everyone knows I love kids better than people.'” McEnany added a “questioning” emoji to the end of her tweet.

From a former WH colleague of McEnany’s: “This is 100% meant to stir up the qanon crowd. Awful.” https://t.co/jTqIRwEyKn

This is pathetic even for @kayleighmcenany standards. It’s also dangerous given the conspiracy theories the #Trump movement has led, but you know that already Kayleigh & you don’t care. Remember this when the next Pizzagate type of attack happens-You’re enabling it. https://t.co/YxEWzdxYa8

Previous Pentagon Delayed Promotions For Female Generals Over Fears Trump Would Interfere With Those Promotions
Next Trump Phones Fox News To Eulogize Rush Limbaugh, Fox Lets Him Rant And Rage About “Stolen Election”