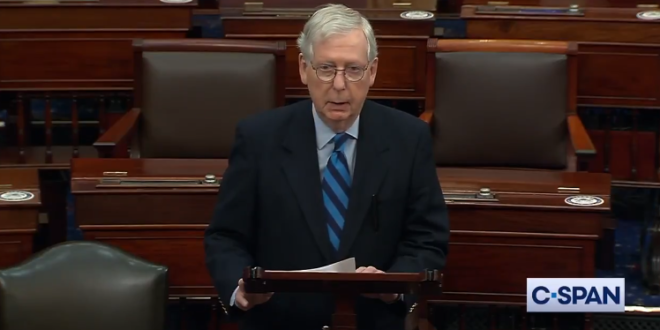 Former President Donald Trump’s impeachment trial is continuing Saturday for a fifth day as the Senate moves closer to a vote on whether to convict or acquit him. Witnesses or documents may be subpoenaed Saturday, and both the House managers and Mr. Trump’s counsel will have equal time to make their final arguments.

In an email to his Senate Republican colleagues, Senate Minority Leader Mitch McConnell said he’ll vote to acquit Mr. Trump, according to a Senate staffer who was read the email by a GOP senator. McConnell cited constitutional grounds for his reasoning. McConnell voted that the trial was unconstitutional before it began.