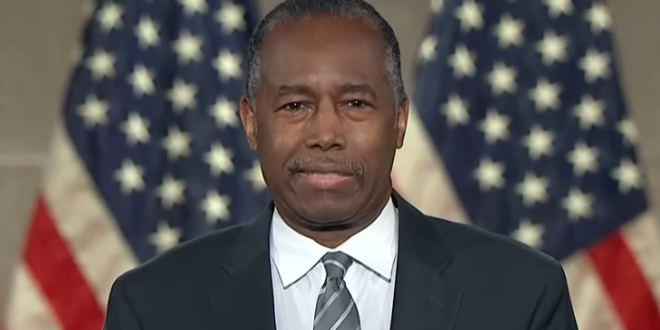 Two weeks ago Ben Carson launched a think tank aimed as dispelling notions that conservatives are “deplorable and stupid,” when what they want is “compassion and civility.”

Tomorrow, the U.S. House of Representatives is scheduled to vote on one of the greatest attacks on the First Amendment to ever be considered in the hallowed halls of Congress: the deceptively-named “Equality Act.”

We have been warning about it for some time because it represents a grave threat — not just on one issue — but to many of the values that our nation holds dear.

The Equality Act would overhaul our federal civil rights framework to mandate abortion access and special privileges for sexual orientation and gender identity (SOGI), leaving many to suffer the consequences, including women, children, medical professionals, and people of faith.

Tonight at 8:00 p.m. ET at prayvotestand.org, I will be joined by Dr. Ben Carson, founder and chairman of the newly-launched American Cornerstone Institute, and one who has demonstrated grace in the face of hostility.

Join us tonight as we discuss significant issues, set our hearts on the only One who can bring healing in our lives and nation, and ask God for the courage to live out our faith in the face of an increasingly hostile culture.

The U.S. House of Representatives is scheduled to vote Thursday on the radical Equality Act.

Join us this evening for a time of focused prayer with @tperkins @RealBenCarson and Pastor Mike McClure.

Previous Fox: Trump Planning To Attack Biden In CPAC Speech
Next Christian Prophet: The US Is Secretly Under “Military Tribunals” And Trump Will Soon Be Restored To Power