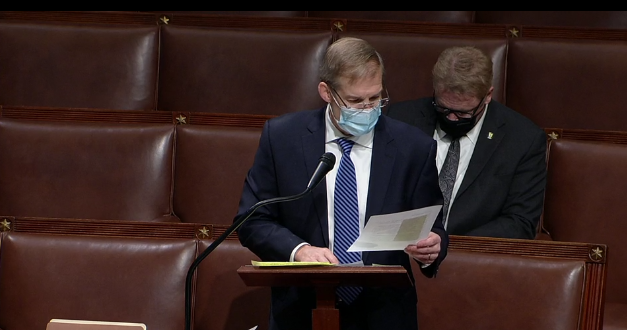 Gay, lesbian, and bisexual members of society would effectively become an ‘extinct species’ under this bill. That’s because it would enshrine the gender identity agenda that is counter to gay rights.

For decades, we gays preached to the world that we were ‘born this way,’ and that being gay, lesbian, or bisexual ‘is not a choice.’

We did not challenge nature or the science of our biology, nor millennia of human history’s distinctions and separations of the two sexes.

Now, that’s turned on its head. For the gender-identity and trans-obsessed crowd, how you were born can now be ‘changed,’ and everything regarding sex and gender is simply a ‘choice.’

If being gay means being a man who has same-sex attraction to another man, the Equality Act would make this definition completely defunct. What is now a ‘man’? Whoever claims to be.

Jim Jordan now asking that an “official statement” from Log Cabin Republicans in opposition to the Equality Act be entered into the record. “So ordered.”