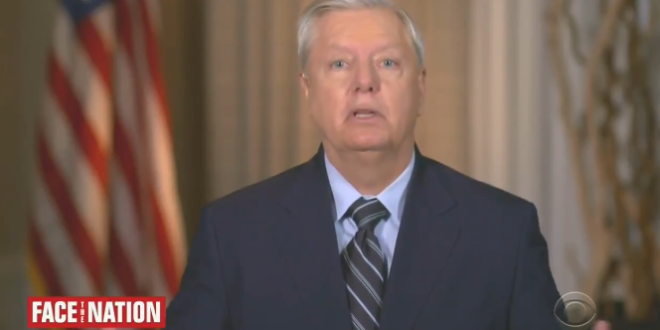 Lindsey Graham: Trump Will Get “His Share Of Blame In History” For The Insurrection, “I’m Ready To Move On”

“He’s going to have a place in history for all of this, but the point of the matter is that we’re in Congress, we’re not prosecutors. Impeachment was never meant to be a prosecution.

“I think I’m ready to move on, I’m ready to end the impeachment trial because I think it’s blatantly unconstitutional.

“As to Donald Trump, he is the most popular figure in the Republican Party. He had a consequential presidency.

“January 6 was a very bad day for America, and he’ll get his share of blame in history.” – Sen. Lindsey Graham, today on Face The Nation.

“Well, I mean, he’s going to have a place in history for all this,” but says he’s “ready to move on” from the #impeachment trial pic.twitter.com/UnoBM4FiA8